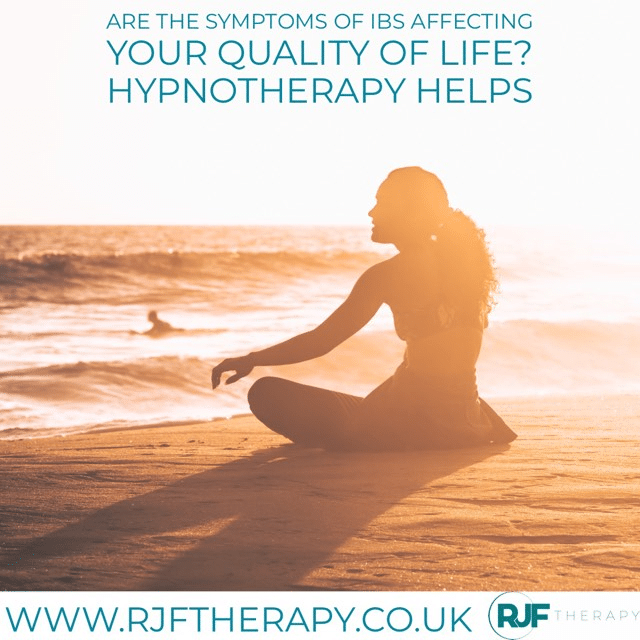 Anyone who has experienced IBS knows how much of an issue it can be. From discomfort and inconvenience, to downright painful and debilitating, Irritable Bowel Syndrome is no laughing matter. While medication can help; with the likes of Buscopan having reasonable success in keeping symptoms under control, they are not the only approach to be considered. With 2 in 10 people in the UK suffering with IBS, it is an issue which is undeniably on the rise.

I have suffered for many years with IBS myself and understand how painful it can be, as well as the anxiety that comes alongside it. My life has changed since I trained as a hypnotherapist and I am feeling such freedom from having such a relief in symptoms, that I can now leave the house without even having to think about it. I don’t take any medication anymore. I would love to help other people feel such emotional and physical relief from this syndrome.

Here is how I can help.  I am a Selby based hypnotherapist. A recent study conducted by the NHS in the form of a randomised control trial has shown significant success in utilising hypnotherapy to help relieve this most problematic condition.

The study, which took place in the Netherlands, recruited patients who had been referred to 11 different hospitals for psychological treatment that had been diagnosed according to standard guidelines.

From the group of people who received one to one hypnotherapy, 40.8% reported an adequate relief from symptoms in 3 months. This is significantly higher than the group who received education and support alone, of which only 16.7% reported the same relief.

With this in mind, this 24.1% deficit cannot be ignored! Whilst we are not saying that hypnotherapy makes IBS magically go away, hypnotherapy can help people cope better with their symptoms.

If we follow this further into the study, after another 9 months, the level of people whose experience had improved as a result of individual hypnotherapy remained at 40.8%, while the percentage of people who received only education and support, rose only to 22.6%. While it could be argued, it is still an improvement, it still does not come close to the 40.8% previously mentioned.

So what do these numbers actually mean?

If you have had enough of IBS ruling your life, then hypnotherapy may be an approach you’d wish to try. For more information, contact me today.

We use cookies to ensure that we give you the best experience on our website. If you continue to use this site we will assume that you are happy with it.Ok